The Anatomy of a Fountain – Nozzles 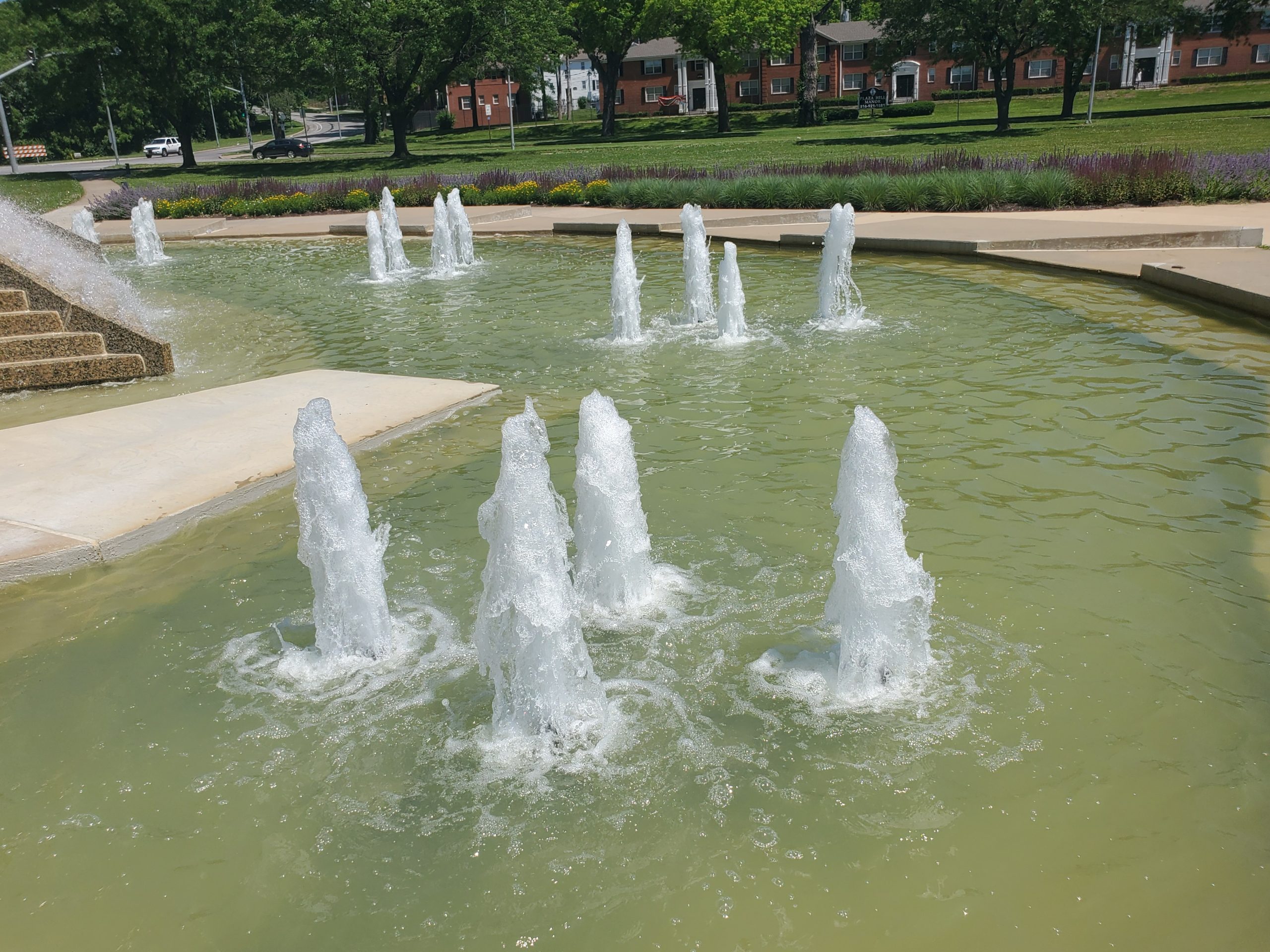 Humans can’t go longer than 3 or 4 days without water and if I’m honest, I can’t go longer than 3 or 4 days without getting up close and personal with a KC fountain!  There is just something about being next to the water spray on my face, experiencing the joy of seeing the sun peeking thru the jets of water making rainbows, or listening to the roars, trickles, and blips of the water generated by fountains.  They fill my soul with a calming peace that I just can’t quite describe. Even though I am a #1 Fountain Fan, I realized that I didn’t know much about the differences between the types of nozzles that create stunning fountains, so in my true fashion, I decided to read up (I’m also a book nerd) on the Anatomy of a Fountain.

Fountains are one of the few forms of art that truly represent constant change; they are producers of kinetic energy – the energy an object has because of its motion.  And although the actual structure of most fountains remains at a constant state of rest, the output of each fountain, the water, is either in an active or passive state of motion depending on how the water spray has been designed.  Consider the JC Nichols Fountain, the kinetic energy created by the water rushing out of the nozzles is MASSIVE and the pool is in a constant state of change, but compare that to the quieter, softer trickling of the water coming out of the nozzles of the lower portion of the Muse of the Missouri and you quickly can see the differences of kinetic energy in motion, literally! 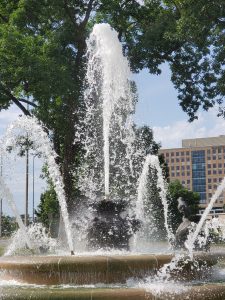 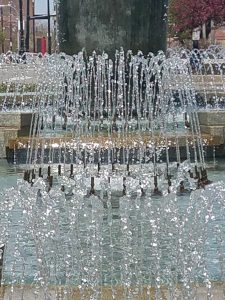 These are the life-giving force of fountains and as varied as fountains are, so too are nozzles.  (I just had a chuckle, I’m getting ready to write about fountain nozzles… didn’t plan that one in my first career – ha!).  Nozzles can swivel, bubble, jettison, froth, and spray.

Dancing swaying nozzles create movement of water by the rotation of the nozzle (think Las Vegas Bellagio fountain). These spectacular shows of water in motion are hard to pass by, so if you see one, take a moment and enjoy!

Aerating nozzles create water columns by discharging water through several small jets near its base.  The stream of water picks up air, incorporates it into the water, and then the aerated stream is discharged as a single column. The Brush Creek fountain is a perfect example of an aerating nozzle. 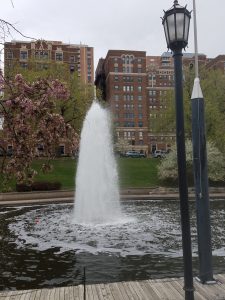 Bubbler jet nozzles are designed to create mounds of water that produce controlled foamy bursts of water.  The nozzle takes in air and mixes it with the water already inside the nozzle; the pressure inside the nozzle then produces a unique low bubbling effect.  Bubbler jets can be found in the smaller bubbler fountains surrounding the Spirit of Freedom Fountain. 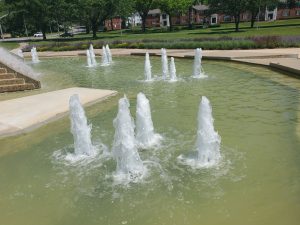 Spray ring nozzles create individual sprays of water in a circular pattern that can be directed inward, outward, or in any type of pattern depending on the desired effect. The Muse of the Missouri lower fountains are a good example of an inward spray ring nozzle. This is a very short list of the types of nozzles that can be used to create many water effects, and it’s interesting to note that any type of nozzle can be combined with another to create unimaginable effects – the sky is the limit!

To see how nozzles affect a fountain’s beauty, check out our tours and book one today!

Thank you for the review! We’d love for you to subscribe to our blog so you can check out more cool fountain fandom info!