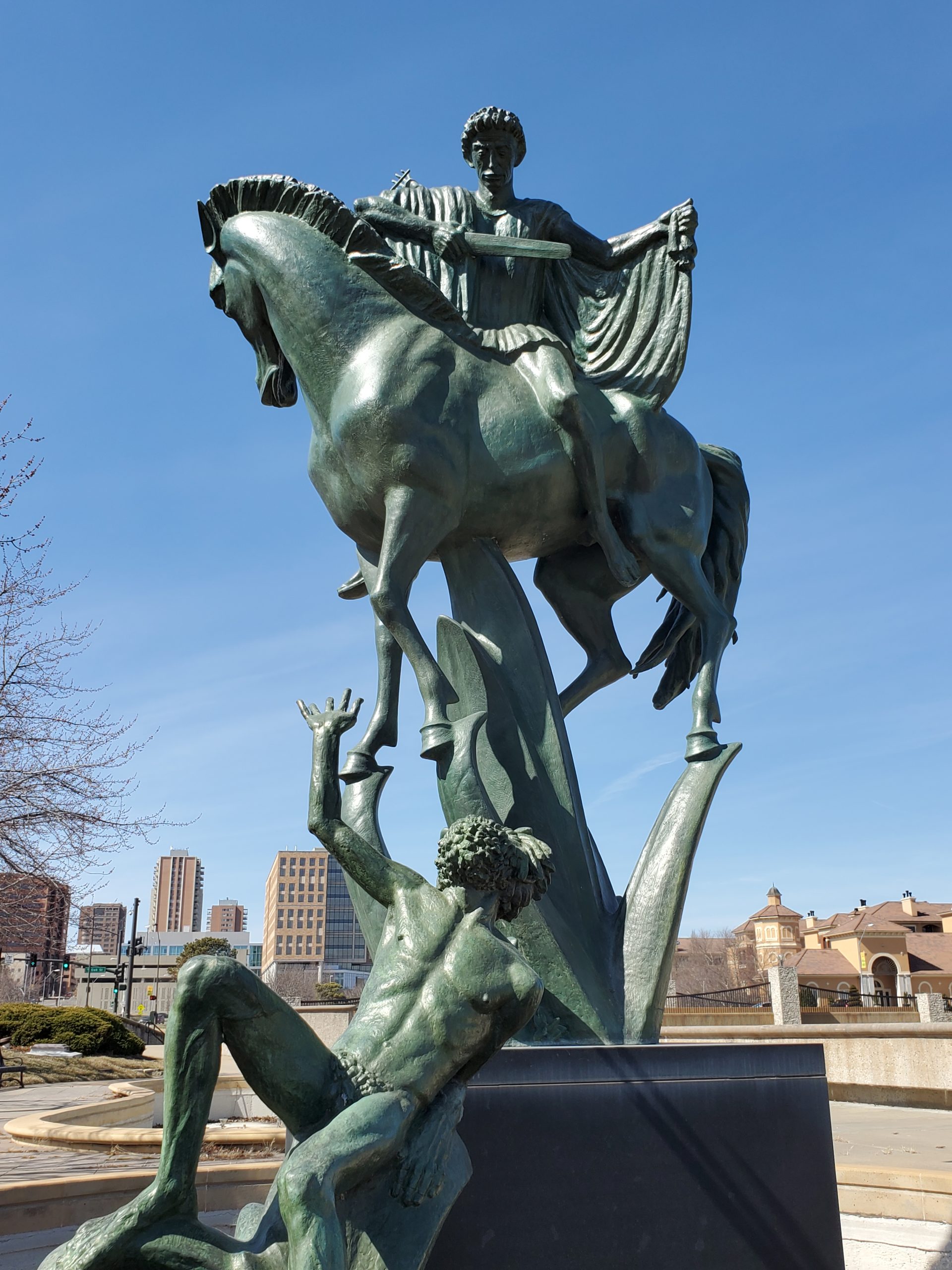 William Volker had quite a lot to do with many Kansas City initiatives including UMKC, Research Hospital and other civic efforts.  He even was known to be a silent donor to individual citizens of Kansas City that needed a boost during hardships.  But let’s read on….. 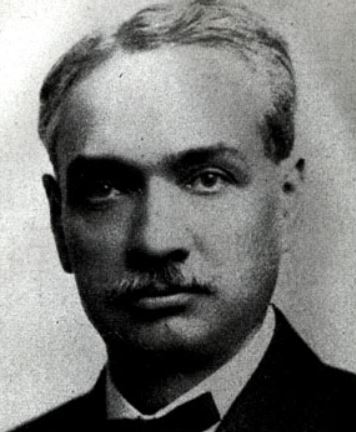 William Volker was born in 1859 in Germany.  Being 1 of 6 children, he learned quickly that hard work and contributions to the betterment of his family were keys to being successful as he often found himself in charge of the family’s cows.

In 1871, when the war between Prussia and France started, the Volker family immigrated to Chicago.  By age 12, William had secured a job as a bookkeeper for a fellow German immigrant-owned picture frame company.   When the owner was killed in a buggy accident, William’s family helped keep the frame company going, giving him the skills, along with his college education in Accounting, to open his own frame shop.

By 1882, William took his savings, moved to Kansas City and opened the doors to the William Volker & Company at 6th & Delaware (for context, this was the same year that Jesse James was shot and killed).

The William & Volker Company flourished and eventually, he was able to open branches in other major US cities, thereby making him one of the wealthiest KC residents… all by his mid-40s.

This wealth is where the moniker of “Mr. Anonymous” was born.  A lifelong religious and civic conscientious man, William was known to anonymously help those in need by secretly donating millions of dollars with no strings attached.

Being a bachelor until the age of 52 in 1911, William married and immediately gave his wife $1M dollars and vowed to give away his fortune before and after he died.

Some notable contributions of this wealth are:

Research Hospital – funds for the building and opening

Liberty Memorial – helped purchase the land where the memorial was built

One of the lasting impressions that William Volker had on Kansas City was his “morning salon of wants”, where he personally received callers to his home on Bell Street in KCMO, and distributing financial assistance for various reasons with no judgment or expectation of receiving the money back.  During the last decade of his life, he was sending assistance to nearly 100 recipients monthly. 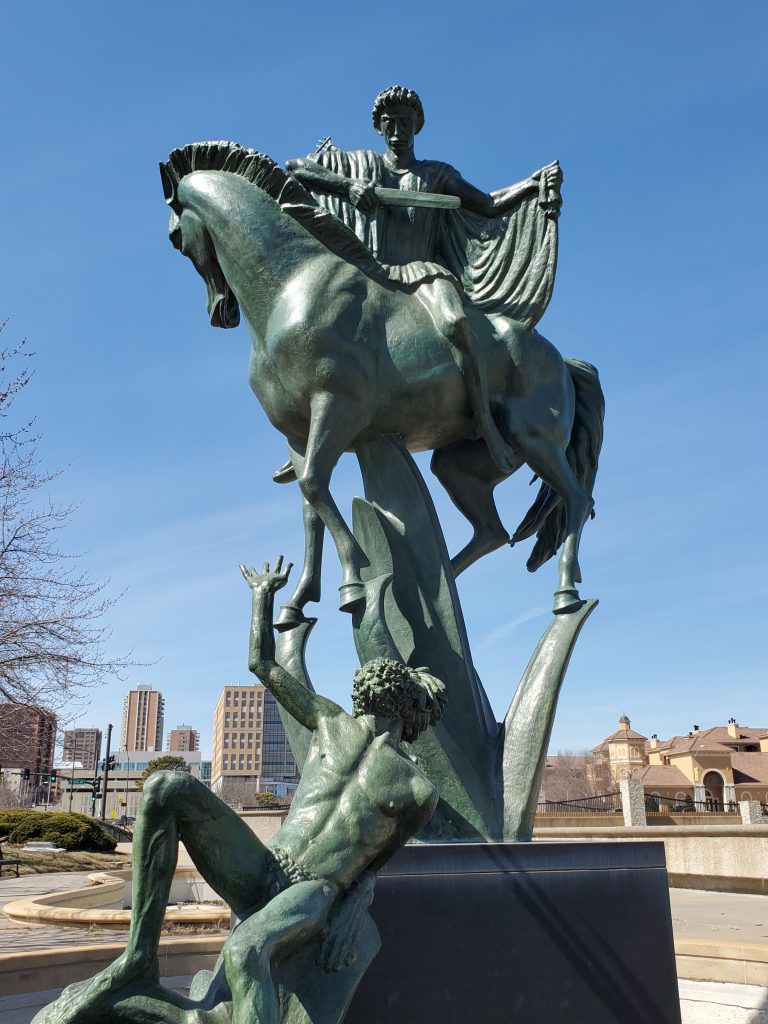 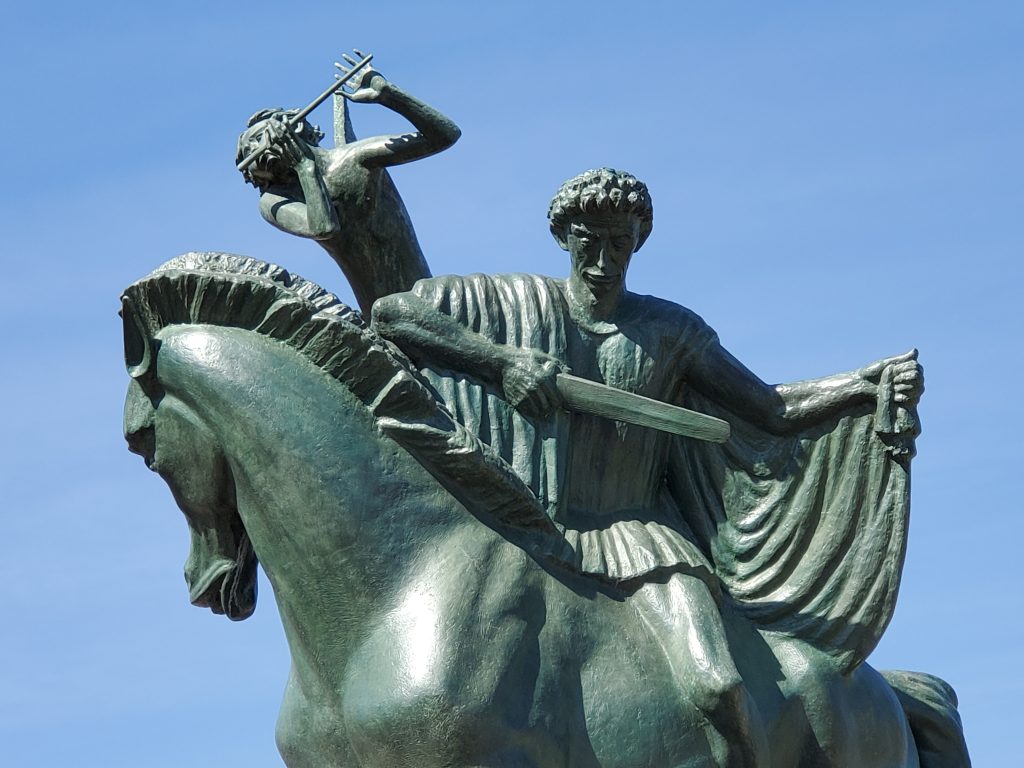 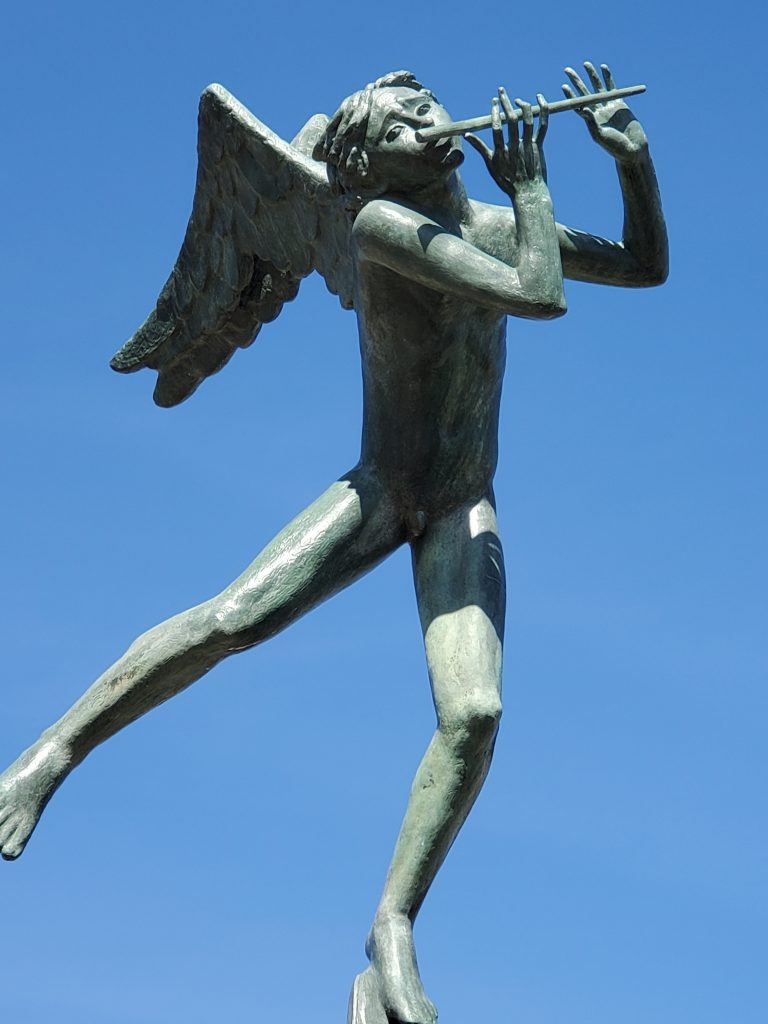 The William Volker Memorial Fountain perfectly embodies the spirit and generosity of this special Kansas Citian!  Let’s take a peek at the actual structure itself.

Carl Milles, a Swedish sculptor, was commissioned to design a memorial that accurately displayed the qualities of William Volker. After much research, he based his inspiration after St. Martin of Tours, a patron saint of France; a saint for communities and organizations, best known for cutting his cloak in half with his military sword to give half to a beggar clad only in rags in winter.  As you can see, this is exactly what is represented in the sculpture!

The other 4 surrounding bronze figures are a bewildered fawn, a seated angel (adding humor to his art, Milles actually carved a wristwatch on the wrist of the angel), an angel playing a flute (again humor, because the flute is being played backwards) and of course, the beggar.

The figures are surrounded by 2 pool with fountain jets rising to 3 heights, 5′, 20′ and 28′ and a 28′ waterfall that flows into Brush Creek on the North side.  Originally placed in Theis Park, renovations were completed in the 1990’s and moved to its current location at Oak & Volker Blvd.

This fountain has a rich history, full of tragedies and set-backs, but that’s for another day…. 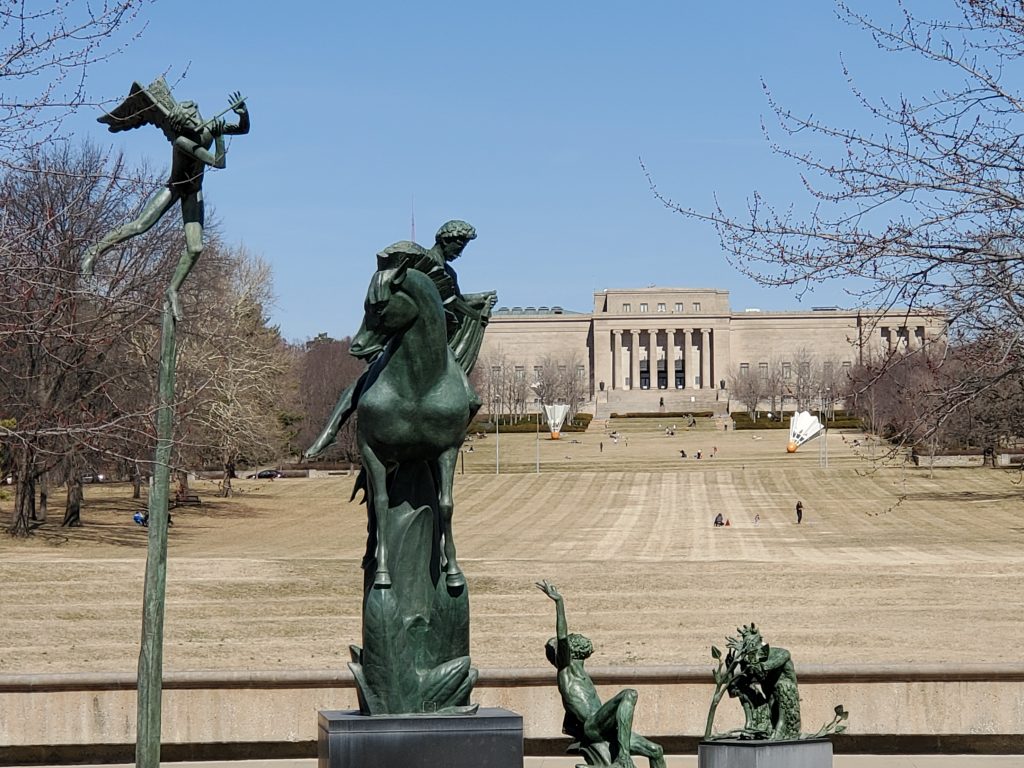 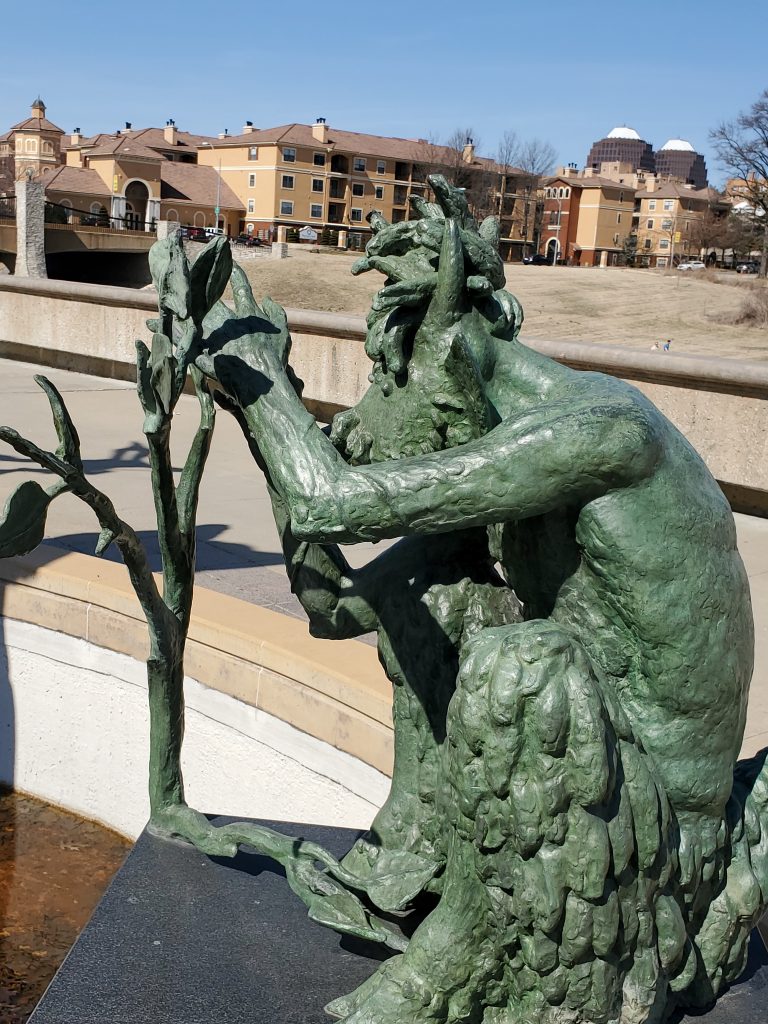 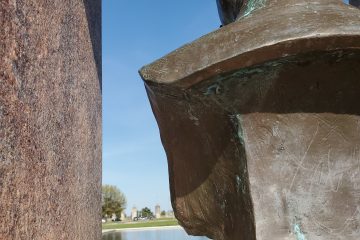 The concept of “Bring down the hammer” was never more evident than in the early years of the KC Parks system.  A group of KC citizens who thought a well-planned park and boulevard system was Read more…